I think we all remember that hit piece from 2015, made to sully the name of bearded men everywhere. If you don’t, the claims were: “Microbiologist John Golobic, of Quest Diagnostics, swabbed a number of beards searching for bacteria for a study and found that some of the bacteria are the kind of things that you find in feces.” Sounds like something no amount of beard oil products can ever make up for, right?

Keep calm, your beard is fine.

Well, the problem with said article turns out to be that if you own a cellular phone, you very much find the same kinds of bacteria and fecal matter on your face, regardless of whether or not you shave. Bearded men were singled out for no reason. According to Time Magazine: “researchers found that 92% of hands and 82% of phones showed some type of bacterial contamination”.

In fact, it was later stated in Men’s Health about the study: “The beards didn’t actually contain fecal matter. They just contained the same bacteria that could be found in fecal matter—probably E coli. Some enteric bacteria can be found in your stomach, and therefore in your poop. You can also spot these species on human skin, foods, plants, and nature, according to the National Institutes of Health.”

Thus, you have why the lede of this post referred to that original bit of news as “hit piece”. Not only is fecal matter everywhere, but what was said to be so, is more than likely nothing but naturally occurring bacteria. Bacteria which don’t present any sort of risk to your health, according to microbiologists. So why target beards? For clicks?

The fact is, if anything, what you should worry about when it comes to your beard, which is where beard oil comes in, is dry skin, which is found to be prone to infection. 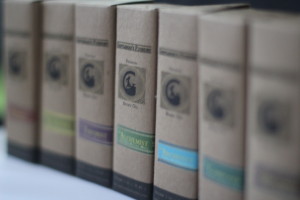 As it turns out, the bacteria in your beard is a actually a good thing. According to BBC News, The Journal of Hospital Infection swabbed the faces of 408 hospital staff members with and without facial hair and found something interesting. The beardless sample size of staffers swabbed were harboring the dangerous bacteria (they were three times as likely to be harboring MRSA, which is a deadly strand of staph infection that is resistant to antibiotics) because of their drier skin.

Meanwhile, scientists were able to culture healthy bacteria, including but not limited to penicillin, in the petri dishes housing the bearded swabs. How can this be? Well, it’s simple, these bacteria grow in darkened, moist environments. If you’re doing your job as a card-carrying beardo, you’re consistently hydrating your beard, if for nothing to else, to simply avoid itching and drying. In a nutshell, to fight infection, keep your beard and its underlying skin safe and healthy, and reap the benefits of a bearded lifestyle, you have got to use beard care products. While there are a smattering of products on the market, there’s one historically reliable option: beard oil.

“What Do I Look For In A Successful Beard Oil To Keep My Mane Healthy?”

The first thing you need to know about your beard oil is what carrier oils make up the majority of its components. Your beard oils are about 97-99% carriers. Here’s the math to break it down:

While a little goes a long way in the essential oil department, choosing the right carriers is important because they act as the base from which the beard oil for men is built. For example; one of the ingredients in The Artisan Bergamot & Cedar Beard Oil is black pepper essential oil. It’s wonderful; it promotes growth and fights hair loss while contributing various anti-aging properties and clearing pores. Yet, you shouldn’t apply pure black pepper oil directly to your skin, without a carrier oil, because it could cause burning, depending on your skin type. Now do you understand why carrier oils are important when it comes to beard health?

Here are some of our favorites:

Now we’ve reached the point of this show where we look back at what we’ve learned. We’ve debunked some myths, looked at radical, new studies, and refreshed ourselves on at what we already knew. Use this knowledge to make the right, healthy choices for your beard, should you don one. Always remember it’s a choice you made, never allow anyone to beard-shame you; now that you have this knowledge, you took likely crippled their one argument against facial hair, frankly.