Most guys have some idea of hair trends. You probably know a little about the undercut, the man bun and the pompadour. You also probably know which one looks good on you and which one makes you look like a trendy fifth grader. But when it comes to facial hair styles, you’re probably less informed. That’s okay—most guys are less informed about beard styles. There are several options, each with its own styling and care routine to boot. In 2017, the beard will take many shapes and forms as beard culture continues to dominate. To stay on trend, you need one of the following styles.

Clearly, most of the beard styles here could be considered a beard deviation or a distant cousin of the beard. However, nothing is as impactful as a full beard. The most original of all we’ll discuss here, the full beard is bushy, long and masculine. Think Tom Hardy or James Harden. This beard is fully grown and fleshed out. This isn’t facial hair for the weak. The original beard is perhaps the most popular, but it also requires the most work. To reach legendary beard status and keep your hair soft, you need an assortment of beard products. Beard oil products can help you moisturize and detangle while Tea Tree & Peppermint Beard Shampoo can ensure a thorough deep clean to get out all the nasty bits. But the end result is a healthy, enviable beard that will turn heads wherever you go.

Stubble is what you get just before your beard starts to take shape. In the early stages of growth, when you can still see the skin underneath, stubble emerges. Some guys let it grow in relatively thick while others keep it lean and mean. Whichever option you choose, a major part of your routine will include trimming. A beard trimmer easily takes any unwanted growth off the top. It usually has a variety of settings and attachments so you can achieve the perfect length. Call it the anti-beard. Believe it or not, there are still guys out there who are daring enough to go against the grain. A clean-shaven face requires constant maintenance including your daily shave. But once you get the routine down, it becomes second nature. Of all the facial hair styles, moisturizing aftershave is the most important product to this one. Even if you’re an expert shaver, it’s your aftercare that will help prevent irritation, dryness, razor bumps and ingrown hairs. Being clean shaven isn’t just about the shaving process itself. It’s also about taking care of your skin. 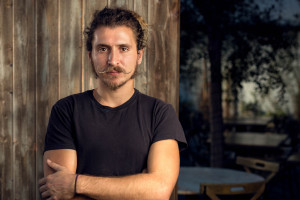 The Van Dyke beard is a favorite of celebrity men. Stars like David Beckham, Christian Bale and Pierce Brosnan come to mind. The style consists of a full mustache and goatee. The rest of your face will either be clean shaven or have some light stubble. The look was named after Anthony van Dyck, a 17th-century painter. Hence, this is one of the beard styles that evokes the Renaissance era. It’s for a guy with a sense of humor and some edge. It’s also for a guy who doesn’t mind a more complex care routine. You’ll need beard oil products for the goatee and a beard trimmer for your cheeks. The handlebar mustache is the most creative of all the beard styles covered here. It’s a fully-grown mustache with curled edges. It was the preferred style of surrealist painter Salvador Dali, and it has a whimsical feel. You can wear it with a clean-shaven face elsewhere or pair it with a full beard. Regardless of how you style it, it’s a daring look that captures attention.

The biggest facial hair styles of 2017 are all about expanding on beard culture and getting creative. It’s about proving there’s more than one way to pull off a beard in style.