When it comes to hats in men’s fashion, the topic can be rather divisive. It’s understandable considering so many guys think a fedora is the end-all be-all when it comes to covering your head. In fact, fedoras have become the most common way for the average Joe to add a dash of whimsy to his look. The bad news is this hat is so overused. The good news is there are so many other options to choose from when it comes to rocking great hats for men.

Benefits Of Wearing A Hat 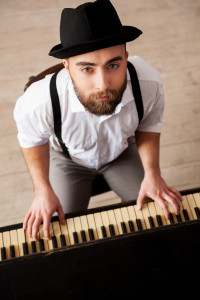 On the surface, wearing a hat is an advanced style move. The right hat takes your look to another level and gives you a chance to enhance your aesthetic. But there are hidden health benefits as well.

Hats help protect your skin from the harmful effects of the sun. As diligent as you may be in applying sunscreen, it’s easy to miss areas that are harder to reach like your scalp, the back of your neck, and the tops of your ears. Combined with sunscreen, hats can offer you even more protection. They also help to shade your ears from the sun. Your eyes have extremely delicate internal structures that can be damaged by too much exposure.

A hat is so much more than a stylish addition to your wardrobe. It’s arguably the most functional player in your arsenal.

Types Of Hats For Men

As mentioned above, the fedora is a popular choice. In order to avoid jumping into the sea of sameness, you need to at least know the basics about it. A fedora is defined by its lengthwise crease down the middle of the crown and the “pinch” near the front of both sides. It’s widely associated with Prohibition-era tough guys. But you’re not a 1920s-era gangster. So here are some other options.

If you’re hell bent on wearing a fedora, try the homburg as an alternative. It has the same center crease on its crown but offers a stiffer brim. Its lip is upturned all the way around. It’s a bit more formal and a lot less common. It’s often made of straw or fur felt. 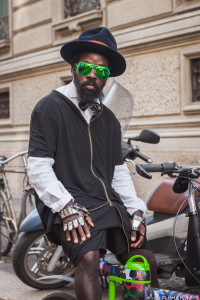 The wide flat brim wears like an exaggerated fedora. It has a very large, stiff, flat brim and makes for a dramatic fashion statement.

The trillby’s brim is shorter and narrower than both the homburg and the fedora. It’s angled down at the front but turned up in the back. It’s also “pinched” at the front of both sides. After a moment of resurgence in the 90s amongst musicians, the hat became a favorite of nerd culture.

Porkpie hats are defined by their flat tops. The tops have a circular indent and the narrow brims are always turned up. It’s a smaller, more understated option, but just as stylish as the aforementioned styles.

The Panama hat is the lovechild of the trillby and the fedora. It’s a straw hat with a traditional brim. It matches the proportions of a fedora but has the shape of a trillby. These hats stand out because of their intricate weaving.

A boater is a dressier straw hat. It’s stiff with an inflexible brim and flat top. It’s also noted for its striped grosgrain band. 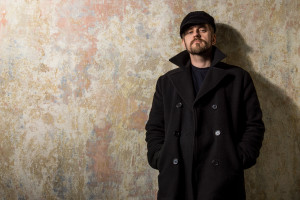 This is a casual hat. It’s characterized by a round, full body. It’s paneled with a button on top. In the 1920s, this was the symbolic hat of the working class.

The driving cap is similar to the newsboy, but it lacks the paneling. It’s more unstructured.

The Right Hat For You

Finding the right hat takes a little research and most often requires the assistance of an expert. One of the most important things to know is your face shape and the hats that work best with it.

A diamond-shaped face has a narrow forehead, tapered chin, and is wide at the cheekbones. Fedoras and newsboys work best here. An oblong face is longer than it is wide and features a round chin. The driving cap and wide flat brim hats work best for this shape. The round face is equally wide and long with a rounded chin. A homburg suits this shape well. And last but not least, a square-shaped face has a wide forehead, wide cheekbones, and strong jawline. The porkpie is a great alternative.

For those stuck on the fedora, there’s a brave, new world of hats for men out there. With some basic knowledge of hat types and face shapes, you can buck the trend and find the perfect style accomplice.