While it may seem like a hip trend, the of the history of beard oil being used to condition and moisturize the hair and beard date back deep into ancient times.  It makes sense when you think about it; men have had the ability to grow facial hair since the dawn of our existence. As we’ve discussed, beards are hard work; the idea that that men simply ignored their facial hair for centuries until someone had the idea to include a beard oil for sale on their website in the last decade seems rather ludicrous. If you couldn’t tell by looking at the amount of detail in the ornate beards of Babylonian art, Mesopotamian civilizations took great care of their facial hair. Long, thick, luxurious beards were the norm for all ancient cultures in Mesopotamia. Not only was facial hair commonplace, it was intricately styled.

Upper-class men dyed their beards with henna and powdered them with gold-dust. Ribbons and thread were woven throughout their beards for added flair. The most distinct feature of Mesopotamian beards was the way in which they were meticulously and artfully curled and arranged in three hanging tiers (Art of Manliness).

Unsurprisingly, given what we know about this level of beard worship, this is where the origins of beard oil can traced to.  The meticulous work that went into styling the beard with tongs and curlers would take its toll on the hair; if there was no beard oil for men practicing this style of grooming, their facial hair would be damaged. Sesame Seed oil is thought to have been the key oil available in the area. This base moisturizes, kills lice, fights and repairs damage (Style Craze). 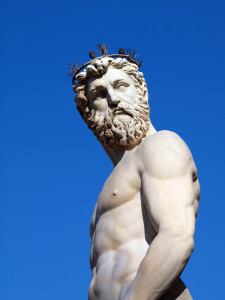 The Greeks, too, cherished their beards as sign of manhood. Once a boy began to grow facial hair, he was no longer allowed to cut his hair until his beard had grown, as a tribute to Apollo, The Sun God.

While Greece is mainly known for olive oil, an effective base for beard care products, it was castor oil that was the star of the show in Ancient Greece. While it had hundreds of uses, castor oil was specifically useful for hair development and health. Castor oil was even known to make the beard grow faster, due to its high concentration of fatty acids (Oilypedia). Castor oil can still be found in many beard oil products today, despite being rather heavy.

Beard Oil During The Roman Empire

While the Romans were largely clean-shaven, a boy’s first shave was a special event for the entire family; it was ritualized as a religious ceremony. However, young boys would rub olive oil into their facial hair as it began to grow, hoping for a thicker, nicer beard come their first-shave ceremony (Wikipedia).

It’s no secret these days that there are some parts of the U.S. that suffer through brutal winters. Native American Indians who lived in those rough climates for many years had to find a way to deal with it, naturally a “winter beard” is a logical step. In order to keep their beards moisturized, these men had to use some variants of natural beard oil. Sweet almond, castor oil, and grape seed oil were what seemed to be readily available to the Native Americans, who extracted the oil themselves for application to their beards.

Beard oil products have been available commercially since the early 1930s, but a precursor to the product was readily available and quite popular prior to the turn of the century.

During the Victorian & Edwardian periods, Macassar Oil soared in popularity. This unisex hair product was developed by a  Alexander Rowland (1747-1823), a London Barber (Wikipedia). Macassar Oil rose to prominence after 1860, as men began to use it on their newly stylish beards and mustaches.

After 1860, and until the end of the century, hair was used shorter, but beards and moustaches were constantly used. Gentlemen used different kinds of waxes and oils to keep their hair in shape. Amongst all the products used to conditioning or fix the hair, the most popular was the Macassar oil (History of The Hair World).

This Oil became a staple in the cabinets of many men. This concoction was a thick mix of coconut oil, palm oil and ylang-ylang oil The downside being, it was so thick that it would rub off and ruin upholstery. This issue was so rampant that the company began to market antimassacar. is a small cloth was placed over the back of a chair to protect the upholstery from the oil. 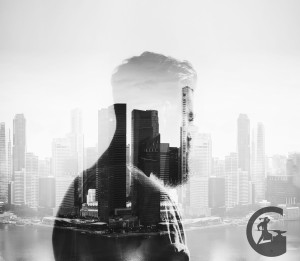 After entering the market in the 1930s, modern incarnations of beard oil, utilizing lightweight oils like argan, jojoba, grape seed, and almond oil to match the benefits of oils past without weighing facial hair in mind rose to prominence in the last decade. Beards have been on the rise since 2006, naturally beard oils and other beard grooming products have come to the forefront with it. Today’s standards focus on form and function, divorcing itself from the its past incarnations.

The rise of beards and along with them beard oil has been credited to everything from Television shows such as Game of Thrones, to celebrities, t0 hipster culture, to increased awareness of grooming amongst males. It can’t truly be attributed to one source. As the New York Times stated in 2014: “beards have shed their underground connotations and are now sported by Wall Street titans, professional sports golden boys, Us Weekly cover boys and morning-show television hosts” (Dr Weil). Like skin care’s “metrosexual movement” of the 90s, the “lumbersexuals” of the world today know that to have a beard, one has got to take care of it; and beard oil is exactly what they need to do so.