These days, men will stop at nothing to achieve the perfect shave. The current crop of 5-blade razors shave you so close even fresh air feels like aftershave. But instead of adding in another blade, what if you chose an option that was a little more…manly. Something less complicated, less expensive and less modern—as a sort of tribute to your less technologically advanced forefathers. What about an axe? Nothing gets more rustic than learning how to shave with an axe.

Back in the 1930s, axe salesmen (yes, that was a thing) traveled the country, eager to demonstrate the effectiveness of their axes. Instead of, you know, chopping wood, they decided to showcase their axes’ cutting precision with straight-edged shaves. A quick Google search reveals loads of photos of old-fashioned guys getting their faces shaved in the great outdoors with a tool that’s meant to cut things much coarser than beard hair.

But, that same Google search also reveals a modern crop of guys who’ve taken to YouTube to teach a new era of men how to shave like lumberjacks. Hypothetically, let’s say you’re crazy or desperate enough to shave your face with a wood chopping tool. How would you do it?

Tips You Need To Shave With An Axe

The shaving tips for an axe don’t vary from those of a razor. A shave lather is crucial. If you skip this step, you’ll end up shaving off a lot more than your beard hair. Lather up with a tea tree & peppermint shave soap to get a nice, clean shave. Not to mention, the soothing scent should calm your nerves and distract you from the reality that you’re about to shave with an axe.

You need a slight hand on this one. Though shaving with an axe is a manly thing to do, but you need to shave like you’re using a woman’s touch. You don’t need to apply much force with a normal razor. With an axe, you could probably wave it past your cheek without contact and still get a clean pass. 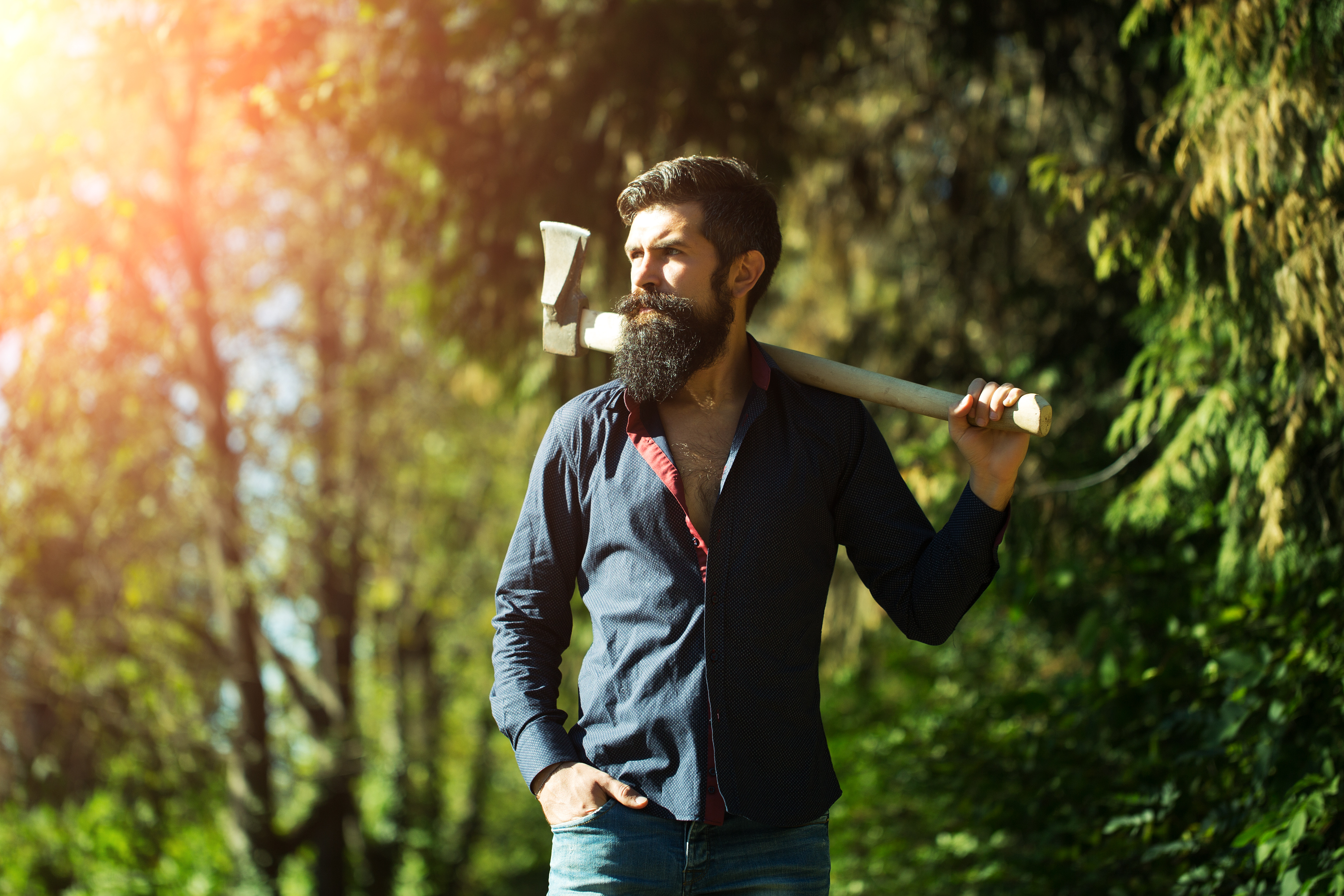 Even if you think sticking that cold, hard blade against your face is a good idea to shave with an axe, rest assured it’s not.

For starters, there’s no way for you to grip this razor steadily. It’s designed for chopping down pines, not gliding across your cheek. One mistake or one slip could be quite costly to your boyish looks. And don’t forget about that blade. It’s cut to slice open a tree base. It’s not designed for the contours of a human face. Plus, unless that blade has been soaking in a vat of alcohol for 24 hours, it’s probably full of rust and dirt that can infect your skin’s open pores. Don’t just think acne here. This could be something much worse.

Shaving with an axe has the possibility of infecting your face with a plague, and a careless mistake could lead you to cut off your nose. It seems pretty risky just to get a nice shave.

There’s no way we can realistically recommend shaving with an axe. But if you’re dead set on doing manly things, nothing communicates masculinity like a nice, full beard. Load up on beard products like Tea tree beard oil to make it look and smell good. When people see how well kempt your facial hair is, there will be no question about how much of a man you are. You won’t have to do something extreme like shave with an axe.

You can use it to chop wood for the fireplace and impress people with your old-timey lumberjack skills instead.